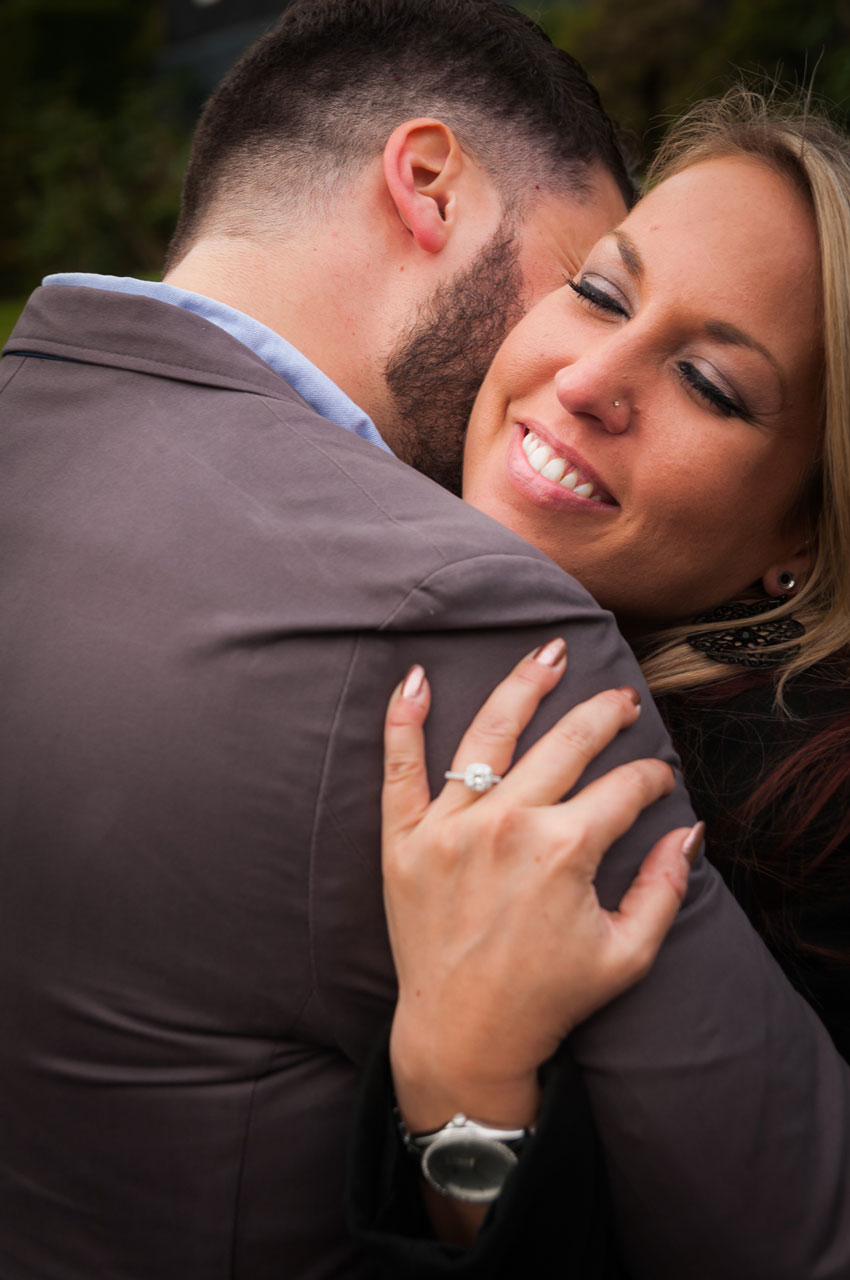 I've photographed many an engaged couple in my time, and a few in Bramhall Park, but this assignment was a little unusual. Christopher D'Alessandro e-mailed me from Maine USA to ask if I could photograph him proposing to his girlfriend, Chelsea Morrison.

Christopher told me his family line goes back to the Davenport family, which owned Bramall Hall for 500 years. He was hoping to gain access to the inside of the Hall, which is in the process of restoration, and was awaiting word on that. He would definitely be catching the train from London, walking from Bramhall station with Chelsea and proposing to her on one selected bench at noon.

My job was to photograph the proposal without Chelsea realising, followed by some shots of the two of them around the Hall.

I had done some assessing of the location, where they would come from and how they would get to the bench. What lens should I have on my camera? How close could I get without being rumbled?

I spotted them on the path coming uphill towards me and took a couple of shots through the trees with a telephoto lens whilst they took a selfie and walked hand in hand. They had the look of a couple in love. I didn't want to just be positioned where I knew he was going to pop the question, as I like to tell all aspects of a story. So I got really close, apparently interested in the wonderful Tudor building which is Bramall Hall. I let myself be seen, using a wide angle lens, which to the subject is not so obvious that they are in the composition, especially when not in the middle.

After walking to the extreme right of the building before sitting on the designated bench in the middle, I passed them and composed the shot knowing what was coming. Chris got down on one knee and pulled out the ring. Chelsea was overcome, and most importantly. she said, "Yes". She didn't hesitate. I heard her loudly. It took a while before she realised why I was there and Chris introduced me. There was another surprise in store. I asked Chris if he had anywhere in mind for us to begin our photo shoot, and he suggested (I knew this was coming) that we go round to the front and get a few shots in between the scaffolding, by the entrance. There is a notice on the door saying the Hall is currently closed, but Chris knocked on it anyway. To Chelsea's surprise, there was Alison Farthing, the manager of the Bramall Hall Restoration Project waiting to greet us, addressing us all by name. Chris and Chelsea were treated to glasses of Champagne and given a tour of Bramall Hall. After more photos in the park, I dropped them in Bramhall where, after a bite to eat, they were back on their train to London.