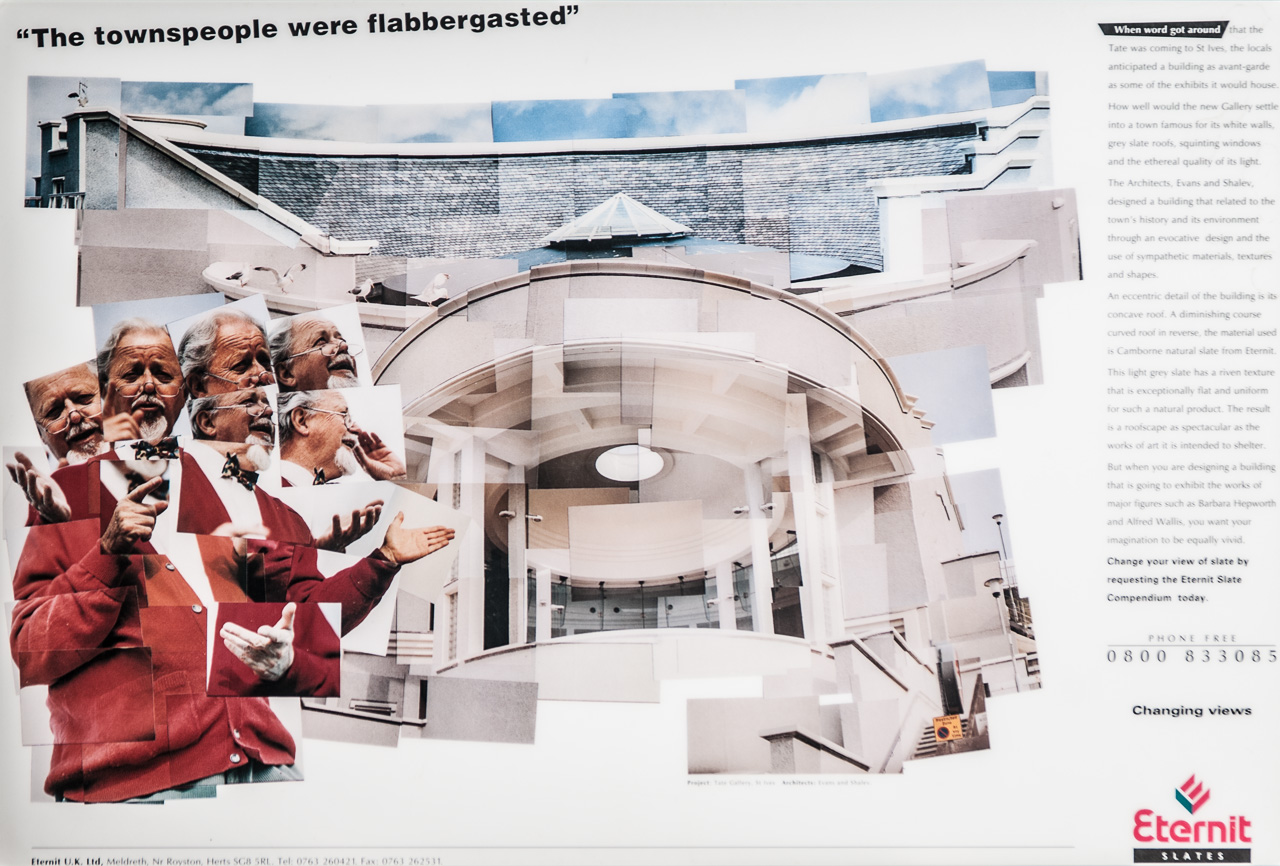 In my Avalon Photography days, one of the more memorable projects I was given by Montage's (now Refinery's) David Pye was an homage to David Hockney and his famous "joiners" His way of shooting in small sections and assembling prints to make a whole picture was applied to building products from Eternit UK Ltd, now known as Marley Eternit.

I did quite a bit of travelling for the job with Glasgow tower blocks, docks at Southampton, a factory in Trafford Park, an office block in Altrincham, Hulme regeneration housing in Manchester, and Harry Ramsden's in Salford, as well as the then new Tate Gallery in St. Ives, Cornwall.

The Tate's Director was played by an actor who, if you look carefully in a wedding scene, you could spot in the movie "Four Weddings and a Funeral". We had a cherry picker on hire, which enabled a 60 foot high viewpoint of the roof amongst the pigeons. Down on ground level, as well as the frontage of the gallery, I encouraged our model to gesticulate, as if giving a speech.

When assembled back at base, the final collages of machine prints, with all the variations that an automated process gives, were typically around 6 feet wide. These needed to be copied to complete my part of the job. David Pye gave Avalon lots of creative work, this one being particularly appropriate for the products.